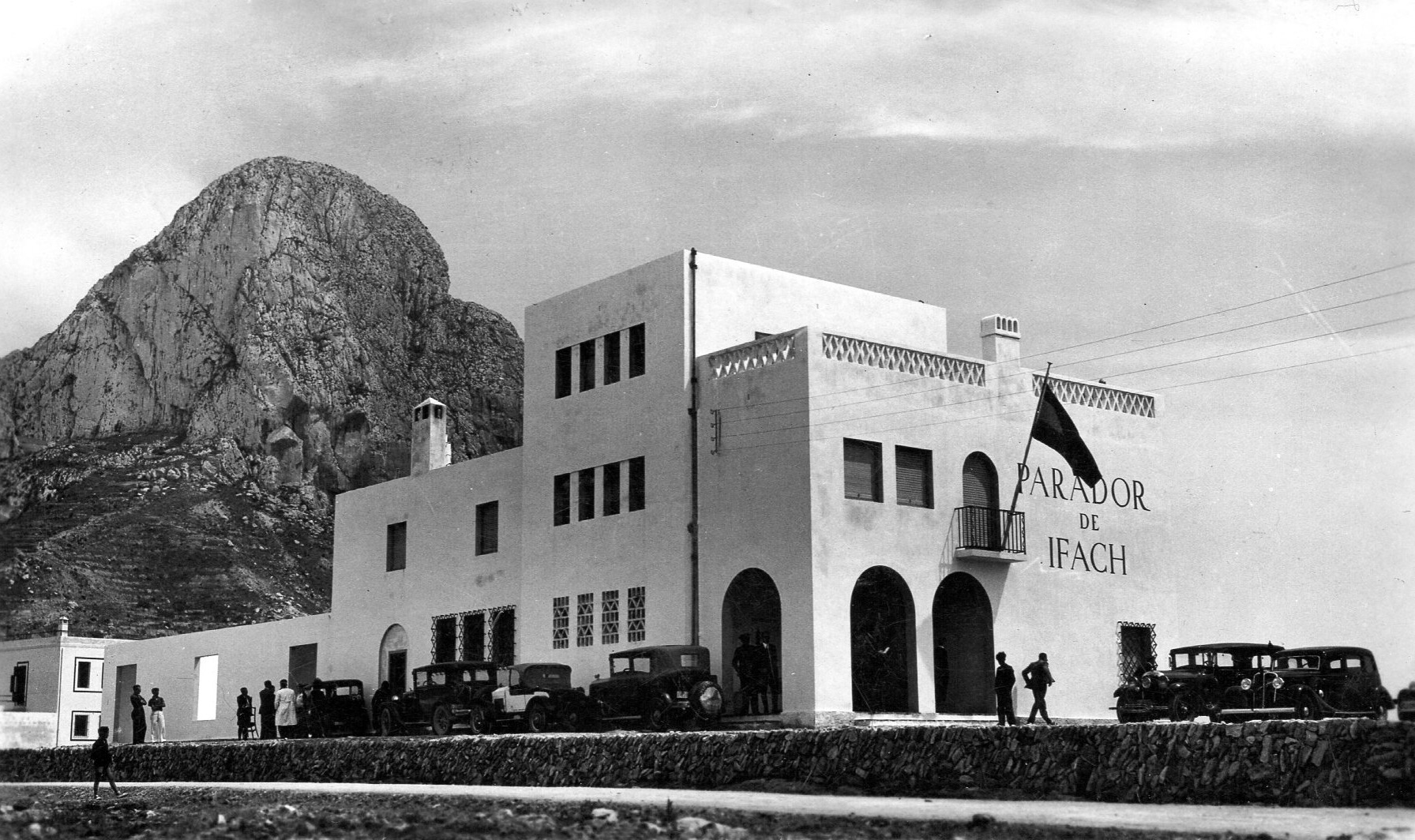 Since the first decades of the 20th century, the beauty and light of the Calpine setting had drawn the attention of several visitors to this beach to bathe, hike, and enjoy the seafood cuisine. This low influx of tourists, who did not spend the night in town, encouraged the opening of small businesses serving simple meals to entertain customers in a family and friendly atmosphere. Since at least the summer of 1933, two companies from Alicante have offered a Sunday excursion in Calp for 12 pesetas with food served at Rincón de Ifach. This price includes transportation by coastal train from the capital and lunch at the Miguel Mauri picnic area at the foot of the beach. Raco. Hikers visited Salinas, climbed to the top of Ifach or approached the Cueva de la Reina at the foot of the rock.

Ten years ago, in 1923, Elías Tormo’s first tourist guide was published and was among the first planned itineraries for tourists traveling the Calp by private car. Between 1926 and 1933, 7,000 kilometers of pavement were built in Spain, and another 6,619 kilometers were repaired after the creation of the National Special Surfaces Circuit (CNFE) by Royal Decree of 9 February 1926. With this administrative milestone began the modern era of road transport in Spain. Valencia and Alicante are connected by a magnificent paved road that promotes trade and tourism through the so-called “Ruta del Sol”. 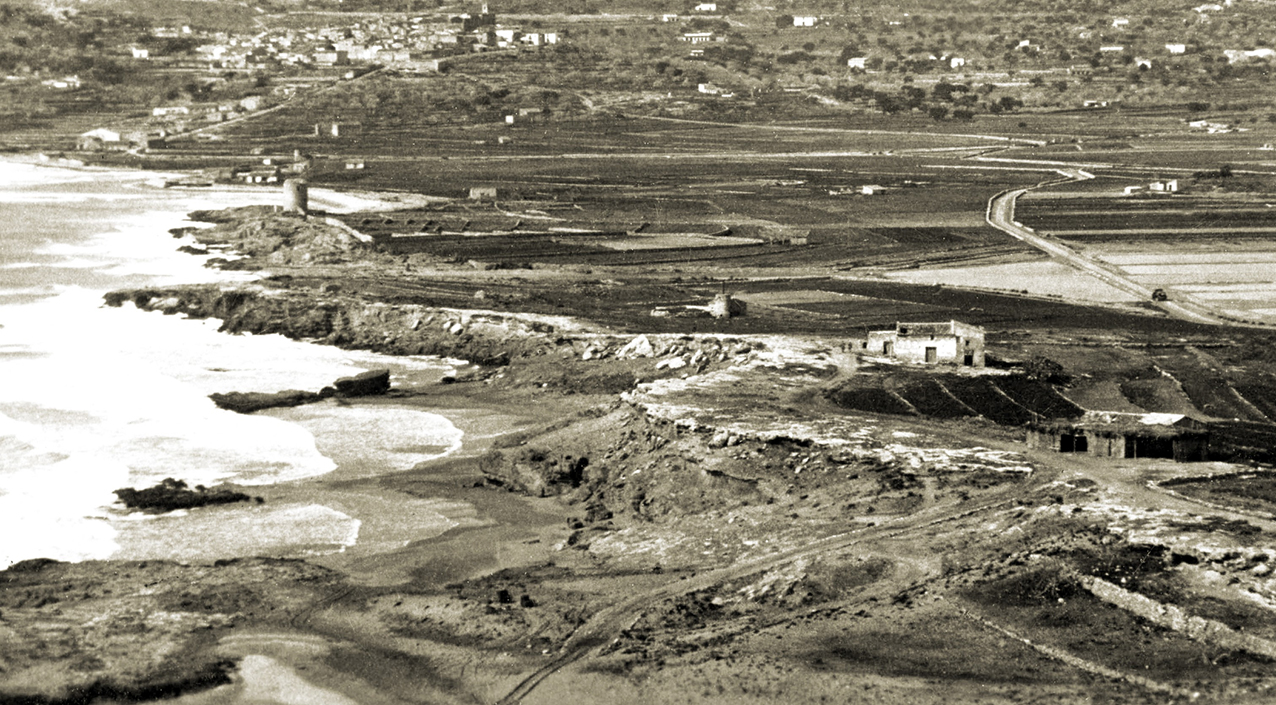 Calp from the shore, late 1920s. Right, Mauri’s Buena Sombra bar; on the nose is the location of the future Parador. Source: Jose Luis Luri.

Within the framework of this investment and modernization of the country, the National Tourist Board was established in April 1928 for the grand event and showcase represented by the two international exhibitions in Barcelona and Seville in 1929. At that historic moment, the Primo de Rivera regime showed signs of exhaustion and the effects of the economic crisis were strong. The country needed a state tourist agency similar to that of other European countries, although it was starting to feel somehow. With a disproportionate and costly project, the Spanish State has become a hotelier in a burgeoning industry that has never been of interest to the government. On the other hand, the Treasury was faced with the problem of financing these projects, for which the Administration had to apply for a public loan of 25 million pesetas after other financing channels went bankrupt.

Within the establishment network of the Board of Trustees, procedures were introduced between inns and hostels directly managed by the State, subsidized leases, and those financed by a mortgage guarantee or security. On March 14, 1931, the press gave information about the projects of the Board of Trustees for this part of Levante, where it is planning the construction of a complex strategically located between Valencia and Alicante. Newspaper fighter He announced the opening of the Albergue de Manzanares and referred to the one envisioned in Calp, among fourteen others.

The first stone in that humble Calp 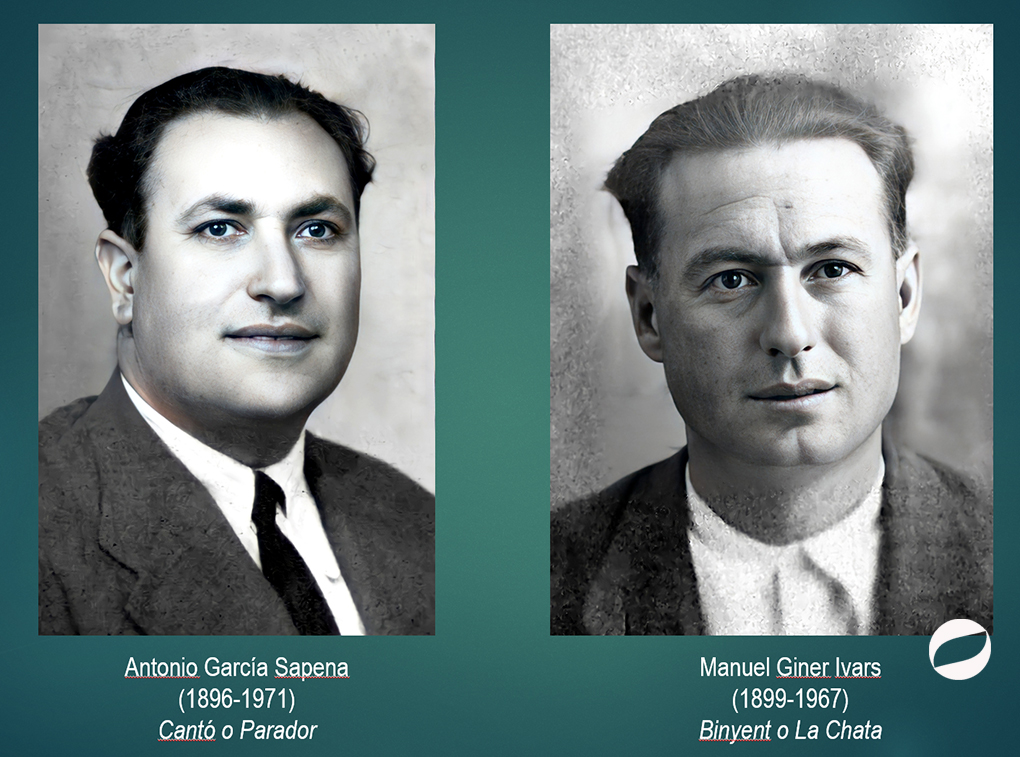 The construction of a Parador in the vicinity of Calp, within a network of state-protected establishments, created an attractive opportunity for the population, which had to wait two years for it to come to life. One of the problems posed by the project was its location, as ifach was the best place to undertake it, additional investments were required to improve the infrastructure and access to the site. Calp Antonio García Sapena Singing and Benissero Manuel Giner Ivars, husband of one of the owners of Venta de la Chata, got the idea and decided to join forces to run the venture on their own. This landmark marked a time and opened an unknown dimension in modest local existence. 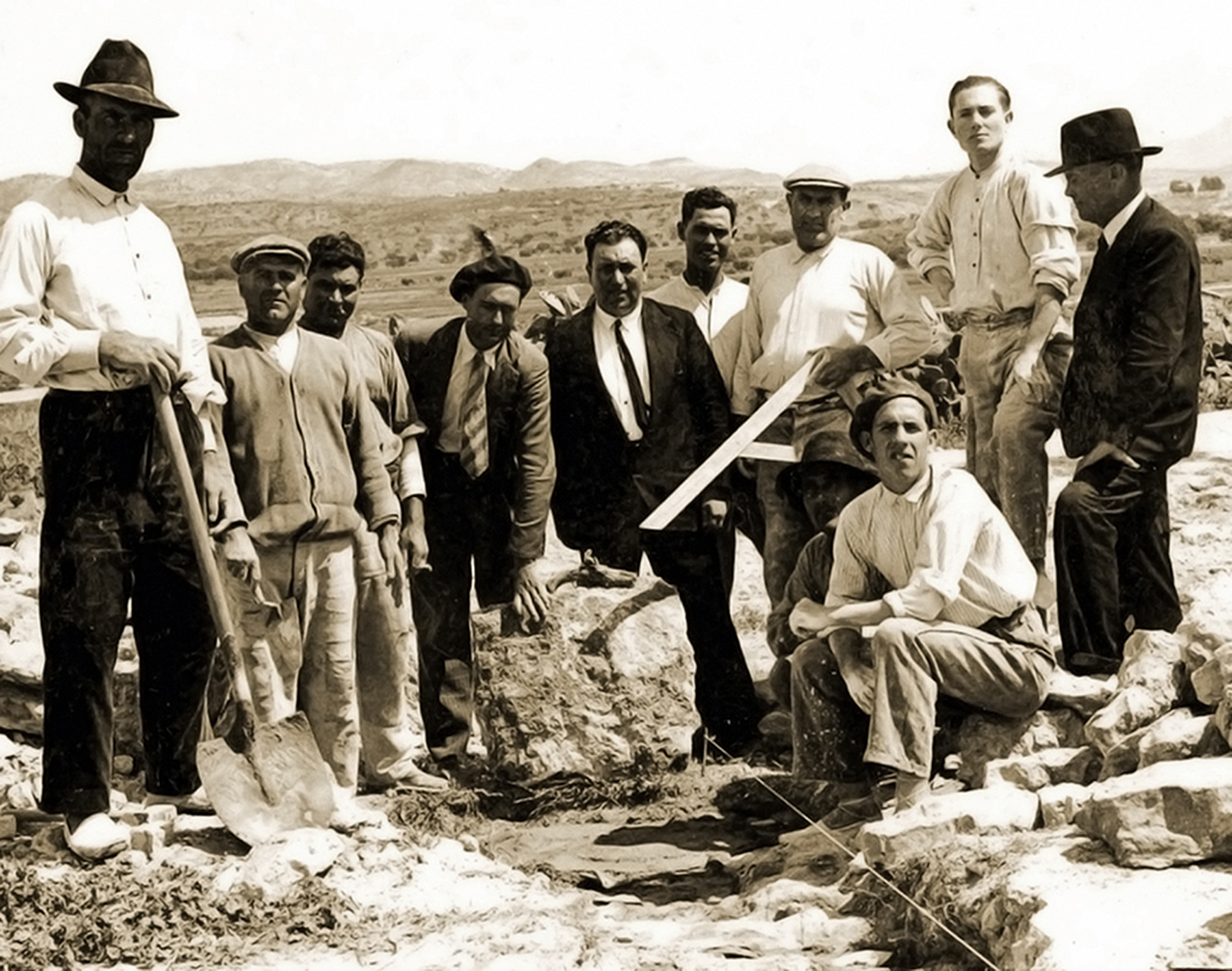 Castle, 1934. The first stone of the future Parador de Ifach is laid by its promoters. Source: Jose Luis Luri.

The supporters of the Parador de Ifach laid the first stone in early 1934. The project was entrusted to Alicante-based Valencian architect Miguel López González. The three-storey building was Mediterranean in style, with sea-facing terraces and arches reminiscent of the local architecture of Riurau. It had twelve rooms, including a private suite on an upper floor, but this accommodation capacity would increase over the years. About a hundred meters north of its location was a well, which also supplied fresh water to an enterprise equipped with tanks. 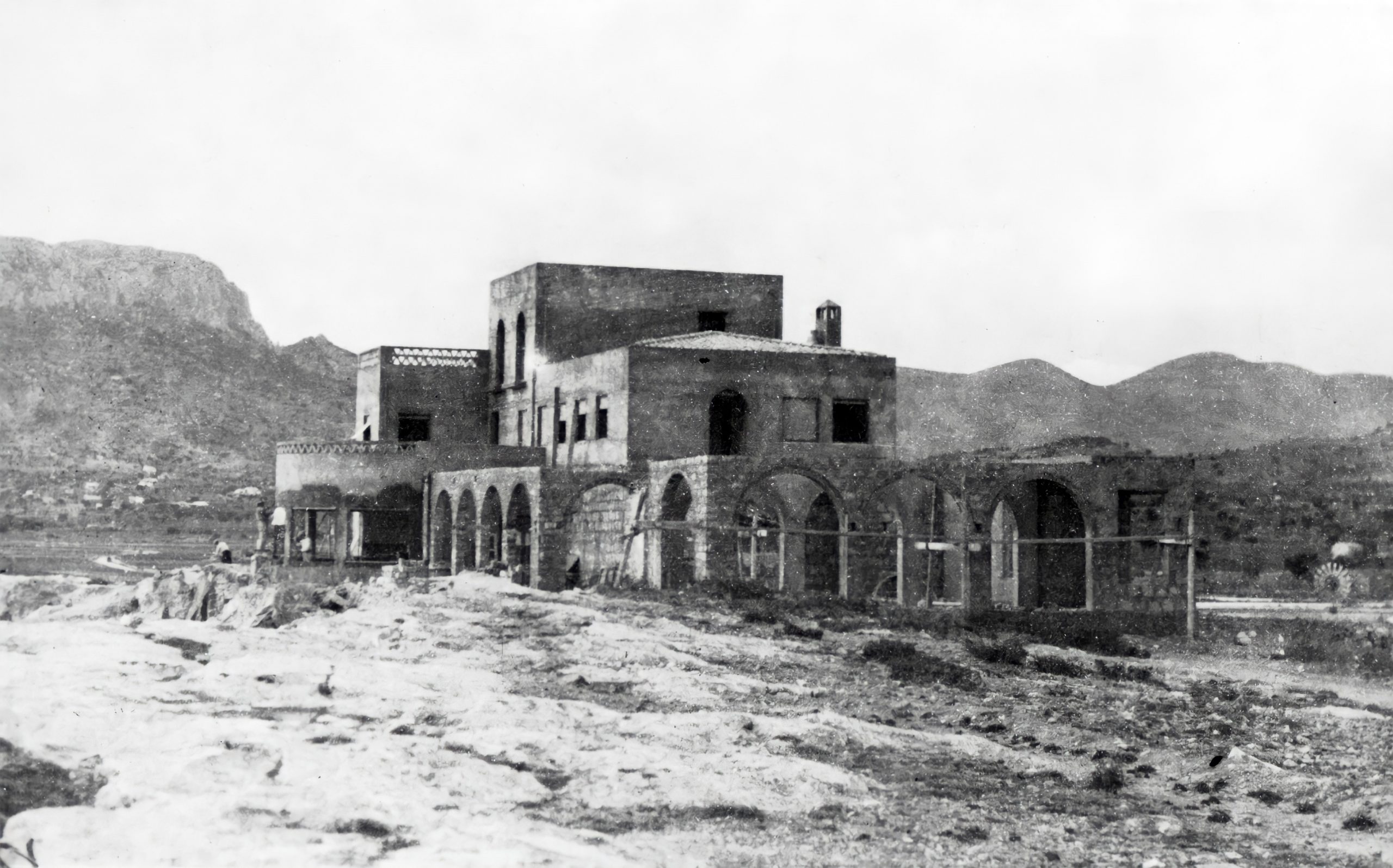 On August 18 of this year, thanks to the fluid therapy of García Sapena with the secretary of the Alicante City Council, Juan Guerrero Ruiz, the mayor of this capital, sent a letter to Lorenzo Carbonell, chairman of the Council of Ministers Ricardo Samper Ibáñez, to the Parador de Calp the official financial explains the need to provide assistance. Antonio García Sapena and Manuel Giner Ivars, the conservative republican mayor of Calp between 1931 and 1932, had agreed with the Provincial Tourism Board to introduce special facilities such as bathrooms and heating in rooms, among other improvements. In response, the organizers sought permission from the Ministry of Public Works to occupy a strip of the maritime zone that would allow the creation of a bathing area with the installation of cabins on the beach. In addition to the support of the Provincial Council, chaired by Franklin Albricias, the project received the approval of the civil governor, Braulio Solsona, of the municipalities of Alicante and Calp. 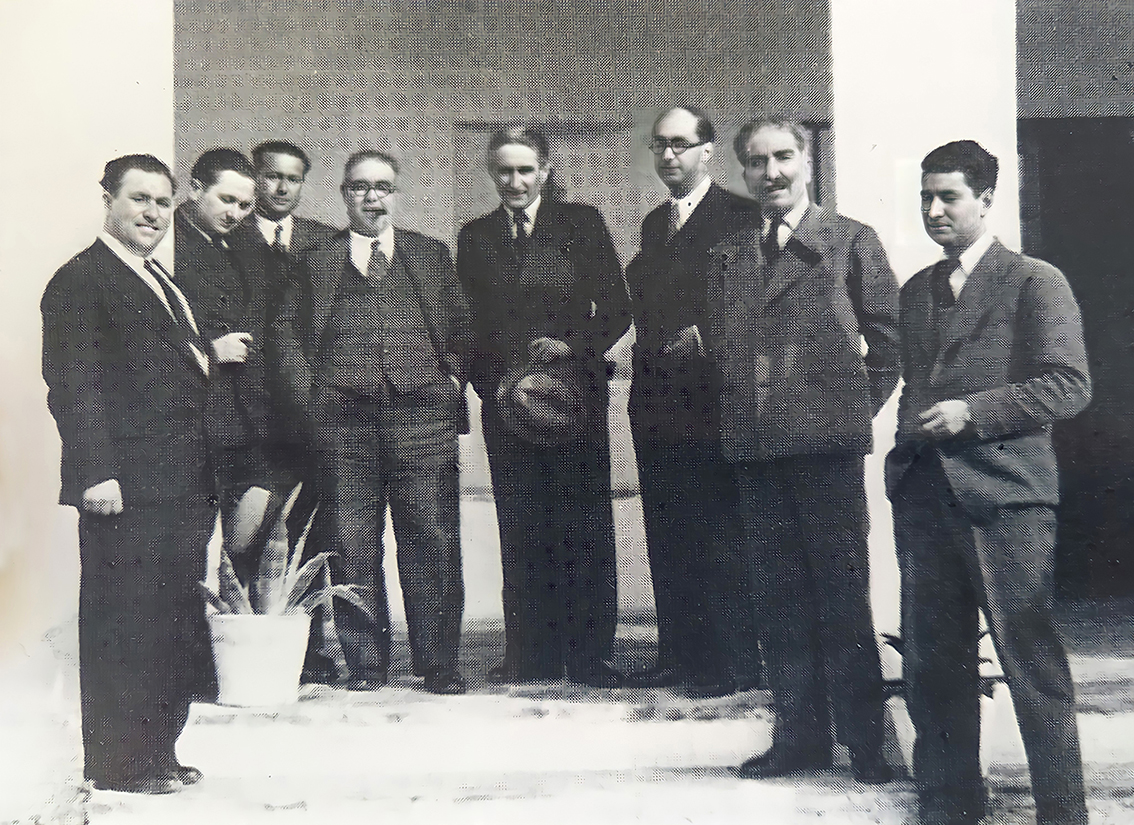 On September 25, Chairman of the Council of Ministers Samper awarded a total of 25,000 points via PNT. «For the completion of the Parador de Ifach» with a total budget of 85,000. In the official communication document, the right of the Board of Trustees to monitor and audit the accommodation services for fifteen years is reserved. This summer, with the completion of some of the hotel’s work, the Parador’s restaurant opened. Valencia José María Borrás Castelló, of Carlist political affiliation, was appointed head of the dining room. 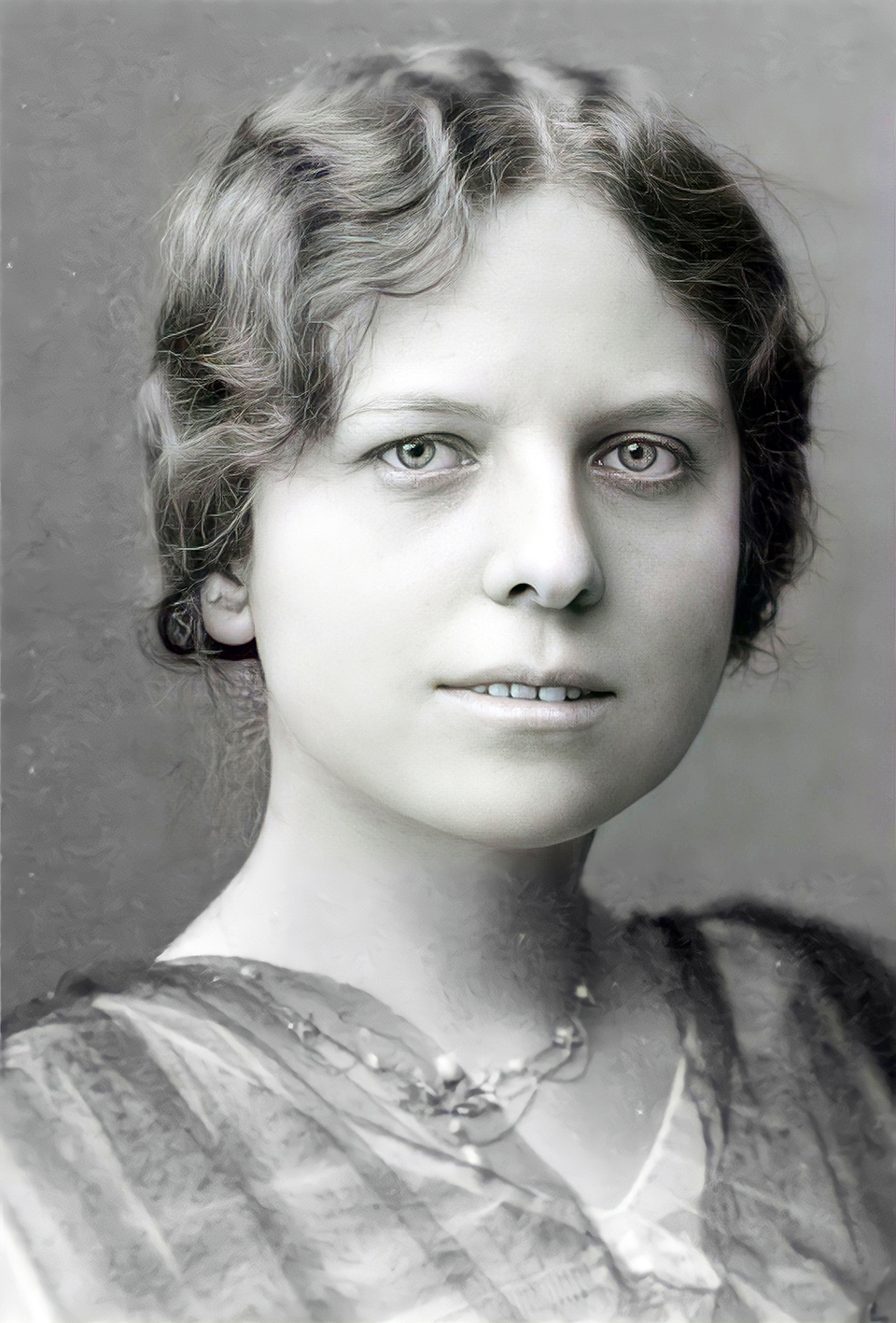 The good relationship between Antonio García Sapena and Juan Guerrero Ruiz, secretary of the Alicante City Council, led to a commercial connection between the businessman and the linguist Zenobia Camprubí, writer and wife of Juan Ramón Jiménez. Juan Guerrero and the poet maintained a close friendship that lasted until the death of the former. Zenobia Camprubí owned a crafts and antiques shop at the Arte Popular Español in Madrid, and as an interior designer she was dean parador of the PNT network, responsible for the decoration of the Parador de Gredos (1928) and the Casa de. las Españas (1934), at Columbia University in New York, at the request of Federico de Onís.

Zenobia Camprubí was responsible for the decoration of the Parador de Ifach. The interior designer preferred period furniture that stands out with light-colored backgrounds and cheerful motifs, but is functional at the same time. Some tools and equipment specific to local crafts would not be missing among their preferences. Camprubí and Juan Ramón Jiménez were unable to attend the opening of the Parador as they were in Madrid; in another letter they announced that they would visit Juan Guerrero later: “I would love to see Calpe, but it seems to me that JR [Juan Ramón] He doesn’t move until the book is finished, and neither do I, so I think I’ll take a break for September.” With the outbreak of the Civil War, the couple settled temporarily in New York and later in Havana. 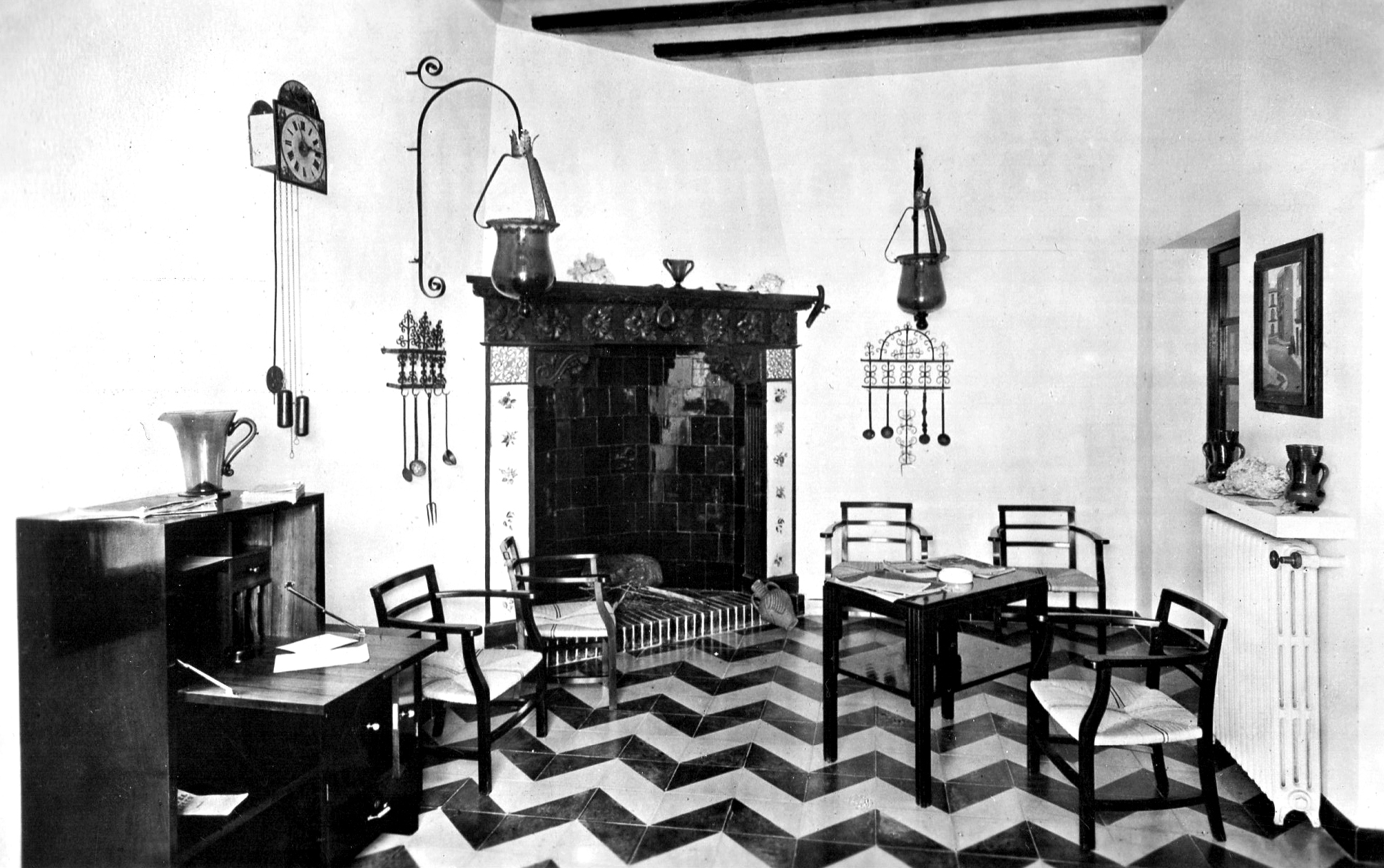 On May 25, 1935, at one o’clock in the afternoon, the Parador de Ifach was opened with the help of political figures and a large number of journalists. This was reflected in the Alicante press two days later:

Valencia attended the event: the mayor Mr. Gisbert, the governor Mr. Terrero, the coincidental president of Diputación Mr. Ortega, the manager of Coscollá and Mr. Cifres, our dear colleague, «Valencia, editor of El Mercantil»; From Alicante, Mrs Prensa, Mr Guardiola Ortiz, Pérez Molina, Santaolalla, Airas, Vázquez Limón and our comrades Costa, Elizaicin, Tomás and Botella (F.) […]. Lunch was served in the majestic and artistic dining room, next to the two terraces overlooking the sea, and when the meal was finished, Mr. Juan Guerrero Ruiz, secretary of the Alicante City Council, read some pages and wrote the history. Construction of the parador and glorifying your position. He remembered unforgettable Gabriel Miró’s phrases praising the rock of Ifach and the magnificent panorama it offered. […]. In the Parador hall, a graphic by the Valencian painter Mr. Escrivá showing the route from Valencia and Alicante to Calpe, respectively, was appreciated».

From Prieto and Negrin to Orson Welles or Ava Gardner 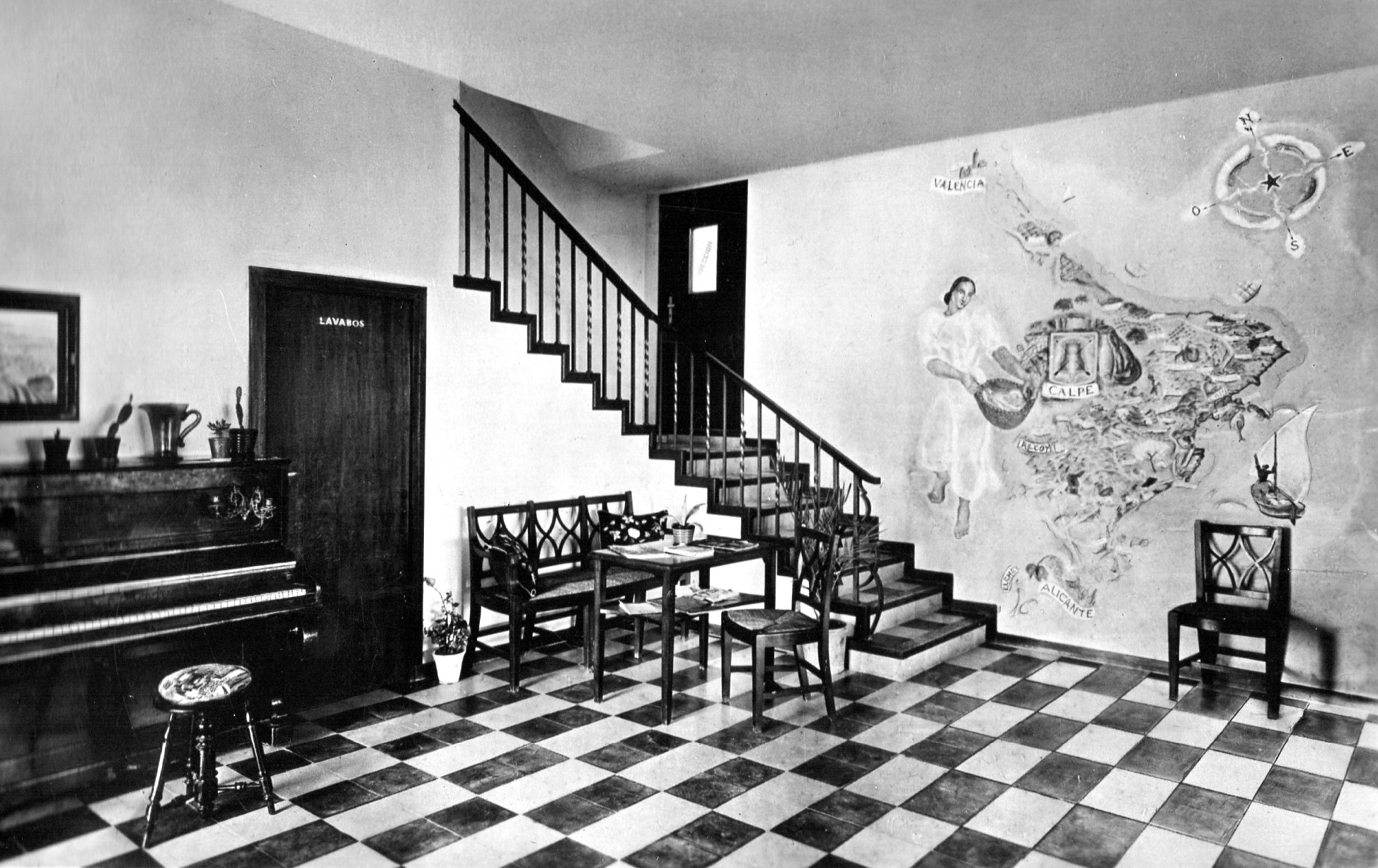 During the war, the Parador de Ifach kept its doors open and did not suffer much from supply problems. The mayor at the time, the socialist Joaquín Tur Querol, prevented the seizure of the municipality and ensured the peaceful exploitation of the business. between The numerous endorsements that Joaquín Tur received from his neighbors and characters of the local right during his trial in 1939 underline what was signed by Manuel Giner Ivars and Antonio García Sapena on June 8, 1939:

We expose this: We were persecuted because we were members of the Glorious National Movement during the rule of the Reds in this region, and that the Marxist gangs intended to seize the above-mentioned property of our property, for this reason we applied. To Joaquín Tur Querol, then Mayor of this Villa, who, with all our wishes and with other people, simulated the takeover of our Hotel by the town hall, thereby preventing the danger threatening us; and that way we were able to continue operating it as usual.

As proof of this uninterrupted activity, during the war years Indalecio Prieto or Dr. We can document the days of Negrín’s stay at the hotel. Popular memory points to visits by President Azaña and Alberti, or La Pasionaria, in the last days of the conflict. Parador, an organization with a long history and success, closed its doors in 1998. During these years, names from politics, literature and culture, stars such as Orson Welles, Ava Gardner, Bette Davis and Geraldine Chaplin stayed overnight; Intellectuals like Pedro Laín Entralgo or the Azorín or even the Prince of Prussia.

We’ve been together for seven years. And we have already lived together: floods, fires, crises, hard times and many more, waves of social actions and solidarity that we are proud of, so now we will not give up. We want to continue with you by doing what we know how to do: journalism. Can you help us?